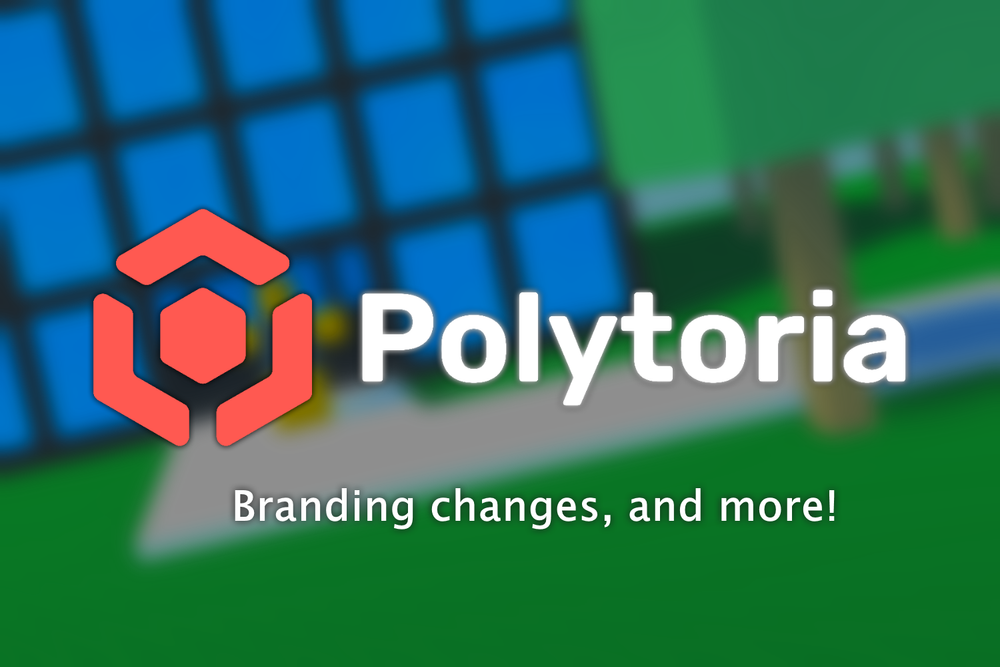 Just a friendly reminder that all people chosen for Showcase will be given a badge and a trophy that they will have on their Polytoria accounts! We just redid our Showcase Badge which you can see below. Make sure to create some awesome builds for our Showcase so you have a chance at being chosen for the award too!

User of the Month

For a few weeks, we've released a wiki for users to showcase cool facts about themselves, information about items, and so much more! There's been one user who has been working extremely hard on the wiki, making sure that all of the pages on the wiki are genuine facts so that you don't have any fake information. Congratulations to Texture for being chosen as our User of the Month!

Texture has over 300 edits on the Polytoria Wiki, which is almost 1/6th of all the edits we have on the wiki at the moment! Texture has been working hard on creating Item Pages, helpful articles on various topics, and many other sections on the wiki! This user has done so much for Polytoria, so we have decided to nominate them for User of the Month. Congratulations again, Texture! Let's move right into Game of the Month!

Game of the Month

The last time we made Game of the Month, all of our games were on our old client and it was hard to make some pretty amazing games. Even though users are extremely talented at making games already, The Everything Update just made things easier for people making games! With an all-new creator featuring a toolbox, scripting, and so much more, users have been able to make some amazing maps! Almost as soon as the creator was released, there was a game that took right off in popularity, and is going up the game rankings with over 300 visits within 1 week of the release! It's a sport that you can play in real life and now has reached the Sandbox Community. Congratulations to Polytoria Bowling by DevPixels for winning Game of the Month!

Just as the title is, your goal is to grab a bowling ball and get all the pins knocked down! You'll have to make sure that you're aiming right though, you only get one shot at getting a strike before the pins reset back to 10! I've only been able to knock down 9 pins in one goal, do you think that you can beat me? Play the game with the button below! We can now move on to Clothing of the Month, let's get right into it!

Clothing of the Month

There are some amazing clothing designers among us. For this month's choice, we've decided to choose two shirts that would be perfect to wear at a rock concert! Congratulations to PolyStar - tee by 6van for winning Clothing of the Month!

These two simple clothing designs are a great way to show off your pride in Polytoria! To make things even greater about these assets, The lightning streak through the text is a flashy and clean design that users can rock with any hat. If you're interested in buying these two shirts, you can buy them by clicking on the links down below. Let's move right into Guild of the Month!

Guild of the Month

Are you a developer on Polytoria? Are you looking for some assistance, or somewhere where you can share your scripts and get feedback from others? Interested in talking about sound designing, graphics designing, and so much more? This guild has you covered right away! Congratulations to Game Designers of Polytoria by Brixster for winning Guild of the Month!

Game Designers of Polytoria is a guild on Polytoria where you can share your creations that you have created directly in the guild! Based on what you prefer to do on Polytoria, you can get ranked on the guild for the role you're interested in! Making some sound designs? There's a role just for you! Building some awesome games on Polytoria? This guild has you covered! You can join the guild by tapping the button below. Let's move right into everyone's favorite one, Staff of the Month!

Staff of the Month

As you may all know, there is a new website in the works by our entire team at Polytoria! We've been working extremely hard to make sure that you guys will have an awesome website to try out when it's time to release it. There's been one person on the team who's been making our new website extremely amazing, and they've been working on the new website all the time even when they had other things they needed to do. This person deserves a reward, and I would like to congratulate Kleinz with the Staff of the Month reward!

You guys may not see it, but Kleinz has been working extremely hard on our backend and frontend to create a brand new awesome website for you. The entire team has been as a matter of fact, but Kleinz has been working extremely hard, more than anybody else on the team. As a result, Kleinz deserves this reward for his hard work. Congratulations again, Kleinz! Let's wrap up our Showcase with some information.

It's time for the big reveal, the moment you've all been waiting for! You can now head on over to the promo codes page and claim this amazing item because the code is... SHOWCASE10! Thank you everyone for sticking with us through all of these showcases, and we can't wait to post more showcases in the future for you all to read and enjoy.

That's another wrap to our monthly showcases! We can't wait to see you next month, on the first day of April! My name is baggy, and I'll see you on April 1st! ~ baggy

Merry Christmas Polytorians all across the world! I hope you're all having an excellent time with your families and loved ones. Guess what time of the month it is? It's time for another Showcase! Not just any ordinary Showcase, however. We have a surprise for you, a special treat! We...

Attention all citizens of Polytoria! It's that time of year again – the holiday season is upon us and we're excited to announce our annual Christmas event! This year, Santa's sleigh has crashed and he has lost the keys to his present vault! He has called upon the citizens of Polytoria...

Happy Thanksgiving everyone! Polytoria is proud to announce that we are going to be hosting a thanksgiving mini-event this week! Join the game, and start hunting for turkeys. Challenge yourself to have the most turkeys collected by the time the event ends! The event has three prizes: Pilgrim Turkey, White...

Hey everyone! Two weeks ago to celebrate Halloween, Polytoria hosted an ARG! For those who aren't familiar with ARGs, you have to think outside the box so you can solve the steps and get prizes along the way. The ARG has now concluded, and it's time to announce the winners!...